“You have tried to access a website that is under criminal investigation by the UK”
the uk man after questions,is now released on bail. 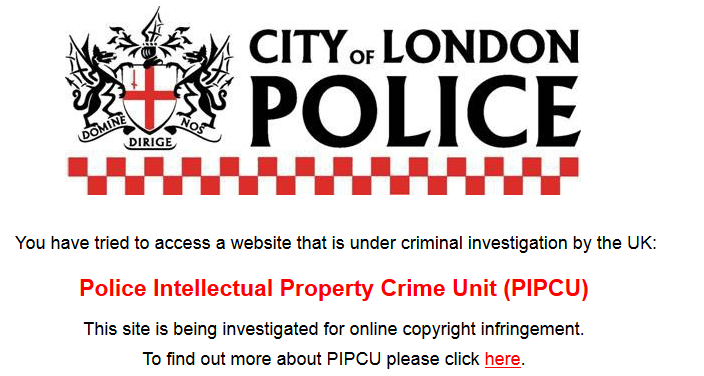 wired also gave his thoughts on take down

This is a bit concerning, particularly as Immunicity doesn’t host copyright-infringing content, it merely lets users route their traffic through the proxy network in the same way VPNs do.”