New operation is launched by pakistan haxors crew on 20th april 2014 namely “#OPKASHMIR REBORN”,they declared cyberwar on Indian cyberspace from 20th april 2014 to 1st May 2014.THIS operation DEMANDS FREEDOM OF KASHMIR FROM INDIA,as they also claim”TO STOP KILLINGS OF INNOCENT PEOLPLE IN KASHMIR and hackers want “TO FREE KASHMIR”.thats why this operation is held on 20th april 2014.Many pakistani hackers will be participating in this cyberwar,as indian cyberspace have been attacked many times before mainly by “kashmir cyber army”,they had many operations on india like #opindia…which was held on 26jan 2014.
Kashmir Cyber Army is also participating in this Operations.P.H.C have hacked some the indian websites like http://sunlite.tv/ , as or http://sunlitetv.com/  this website is currently defaced and

What we Ask From India All the time is the only Kashmir , Most of the times we dnt act like that but this is the only way left .
Why indian army is killing innocent’s in kashmir ? We Just Ask you these simple Question’s and the indian gov got no answer’s….. why?

This is the only way left to protest for us For what you are scared of ?
India will loose the beauty of kashmir ? How many muslim brother’s being killed on daily basis did u ever thought ?

a 16 year’s girl raped and killed a boy shot in the head for what ?
because they are protesters ? All we ask is just the Answer of these Questions Nothing Personal … you will pay for these sins one day 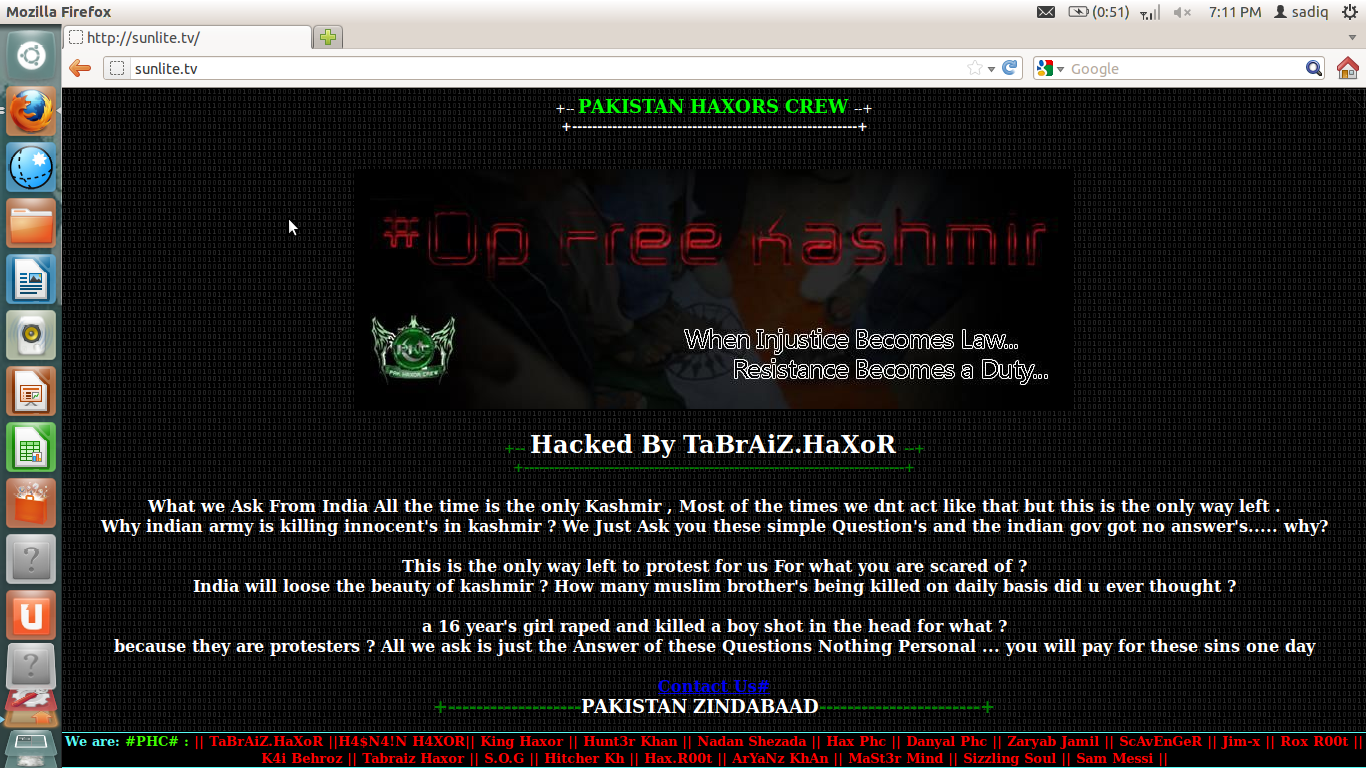