More than the $300 millions stolen by hackers from 100 banks

$300 millions have been stolen from 100 banks by the hackers with the help of particular malware.while the security experts says this is the one of the biggest bank robberies.according to kaspersky lab report,Hackers have stolen $300 from 100 banks belonging 30 countries.Reports provided by the kaspersky lab claims that the hackers may have stolen $900(3 times high).kaspersky lab said that the hackers use that type of malware  which can be downloaded via email attachments which later let the hacker to access the bank’s systems and remotely monitor them.The malware used in this attack is know as “carbanak”. 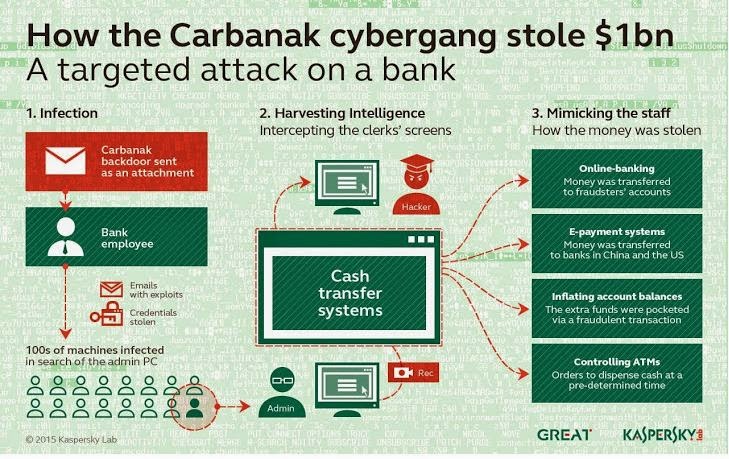 The bank mainly targeted were belong from Europe,japan ,us and Russian.since yet kaspersky lab didn’t tell the name of the banks targetted in this attack. 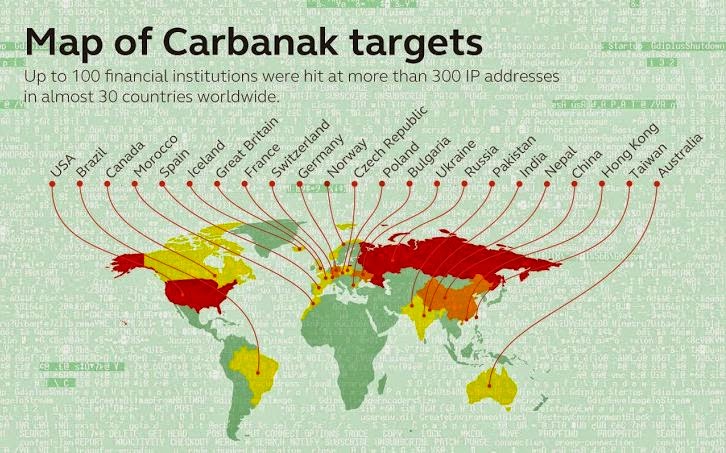