Malaysian airlines website is hacked by lizard squad and Isis hacker.The website and other data is still under the keyboard of hackers.Most of the world know about the lizard squad and about Isis hackers(#cyber caliphate) is the same hacker who is able to hack into major twitter accounts.There were two deface pages with different message on the Malaysian airline website. 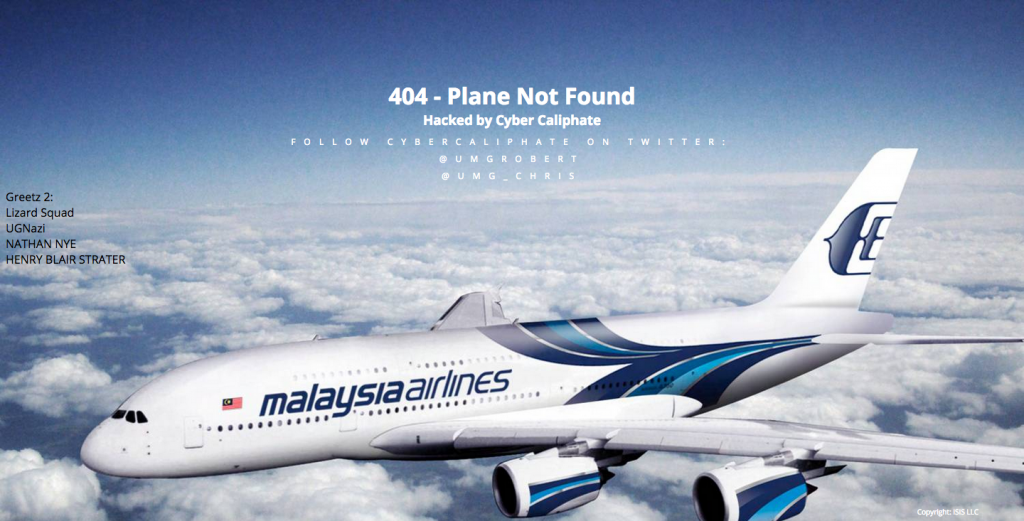 Anonymous tracks down the isis hacker(#cybercaliphate)