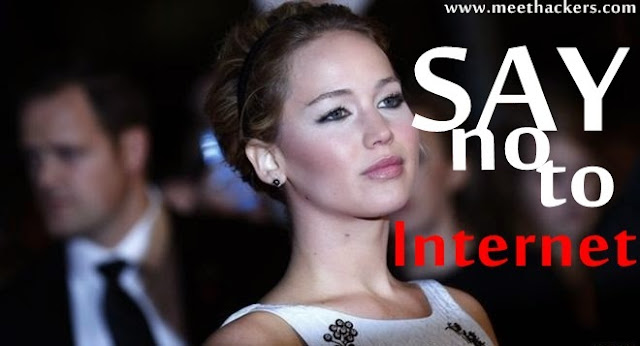 Recently hackers leaked the Private  photos of famous Hollywood Celebrities.as we all know about it so no need to discuss about it here.JENNIFER LAWRENCE one of the famous Celebrity said”will never get on twitter“JENNIFER LAWRENCE speaking to radio 1 breakfast show said

i cannot really keep up the emails so the idea of twitter is so unthinkable to me.i don’t really understand what it is ,its like weird enigma that people talk about ,its fine i respect that but no,i will never get twitter

in September private pictures of some famous Celebrities were leaked  on the internet.
on this issue JENNIFER said ”

Apple later confirmed that some celebrities’ icloud accounts were broken into and no evidence were found in the favor of breached security systems instead of it they suggested that victims’s log in details has been guessed(social engineering)
Meet hackers
www.meethackers.com