Pakistani hackers attacked various Indian websites as they going to launch operation namely #opkashmir reborn which will be held on 20th april 2014 to 1st May 2014.Seems Indian Cyberspace will get attacked on the day of operation.
BJP(punjab) http://www.bjppunjab.in official website got hacked by Pakistan Haxors Crew and left message for the BJP.
Message:

What we Ask From India All the time is the only Kashmir , Most of the times we dont act like that but this is the only way left .
Why indian army is killing innocent’s in kashmir ? We Just Ask you these simple Question’s and the indian gov got no answer’s….. why?
This is the only way left to protest for us For what you are scared of ?
India will loose the beauty of kashmir ? How many muslim brother’s being killed on daily basis did u ever thought ?
a 16 year’s girl raped and killed a boy shot in the head for what ?

because they are protesters ? All we ask is just the Answer of these Questions Nothing Personal … you will pay for these sins one day 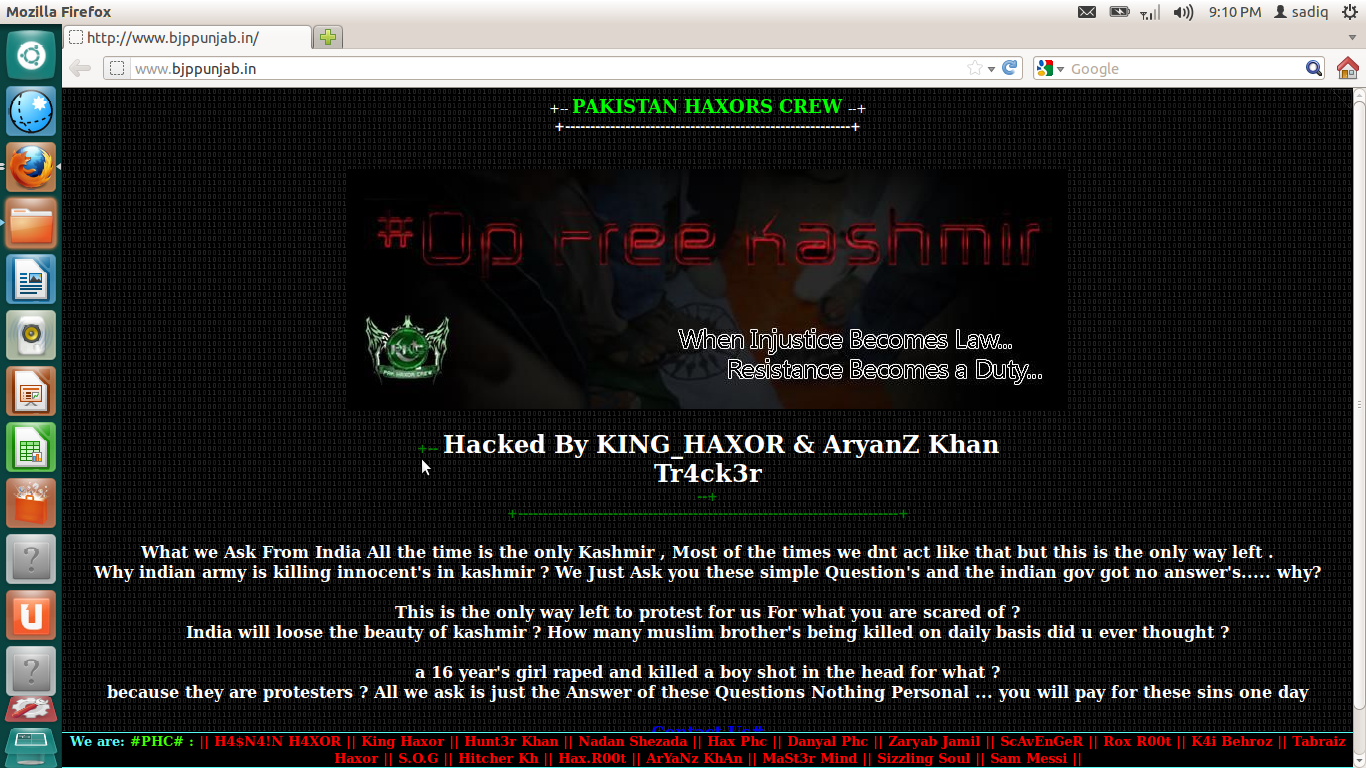 as recently they also hacked on of the modi’s website namely www.teammodi.in