ANONYMOUS recently released the video on youtube announcing the cyber war against the ku klux klan.
ku klux klan which threaten to use lethal force at the Ferguson protest.After hacking the twitter account anonymous updated some tweets 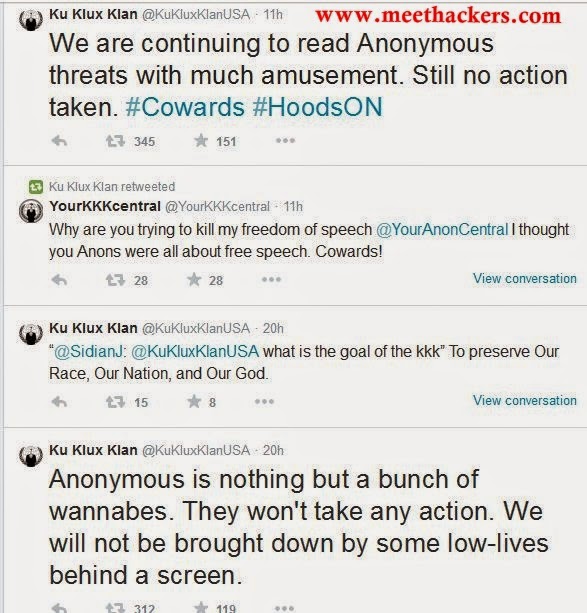 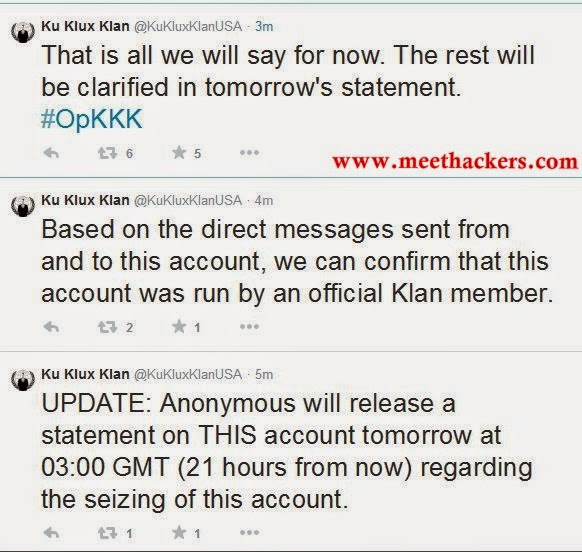 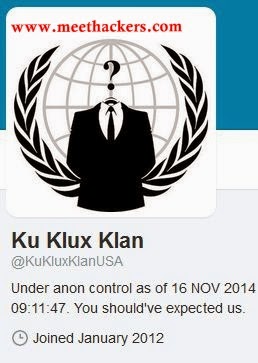 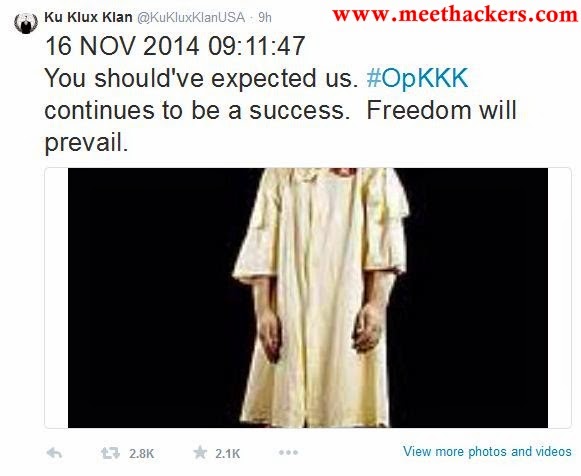 KKK it has came to our unfortunate attention that you have been interfering with Anonymous. We are not attacking you because of what you believe in as we fight for freedom of speech… We are attacking you because of what you did to our brothers and sisters at the Ferguson protest on the 12th of November. Due to your actions we have started Operation KKK. The aim of our operation is nothing more than Cyber Warfare. Anything you upload will be taken down, anything you use to promote the KKK will be shut down.

DDos attacks have already been sent and have infiltrated your servers over the past 2 days… d0x’s have also been launched on leaders of the KKK. All information retrieved will be given to the public. You messed with our family and now we will mess with yours… Let the cyber war begin. We are legion. We do not forgive. We do not forget Ku Klux Klan you should have expect us.