A Moroccan hacker, who goes by the name El Surveillance is on a rampage of hacking escort and pornographic websites. The hacker believes these websites are immoral and promote immorality in the society.
Although the identity of this hacker is unknown, it has been determined that he is an individual acting alone and is on a mission to bring down pornography and other services that promote graft, such as the escort websites.
He began hacking at the beginning of this year and has already attacked 184 websites. He uses his own DDoS tools, which proves he is highly skilled and is well aware of the system vulnerabilities. However, his attacks are limited to escort and pornographic websites and he has not attacked any government or other types of websites. It means he is no acting at the behest of any organisation, but is only fighting against online porn.

The latest website hacked by him is www(dot)dubaigirlslist(dot)com. On the websites he hacks, he leaves a verse of the Holy Quran.
It says:

“Qur’an 3:19 – Indeed, the religion in the sight of Allah is Islam
And those who were given the Scripture did not differ except after
Knowledge had come to them – out of jealous animosity between themselves.
And whoever disbelieves in the verses of Allah, then indeed
Allah is swift in [taking] account.” 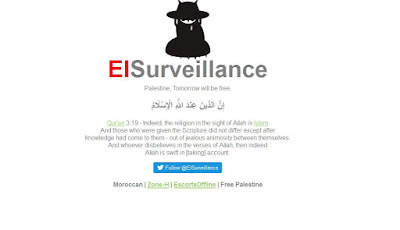